back to products :: amplifier accessories 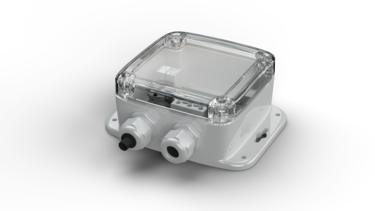 The End Of Line unit is used as an End of Line termination in audio systems that use a High Frequency (around 23kHz) pilot tone to detect open and short conditions. The termination is placed at the farthest end of the loudspeaker circuit. Unlike most loudspeakers the EOL box is reactive above 20kHz such that the resulting current can be measured using an AXYS Industry Amplifier. If the circuit is either opened or shorted, the measured current will change. The EOL box presents either a 75Ω or 150Ω load at 23kHz. This method requires the 23kHz pilot tone to be mixed together with the audio. The pilot tone can be generated within the Industry Amplifier family of amplifiers. A failure can be seen and logged using the WinControl Server and/or mapped to the fault relay on the Industry Amplifier.

Both EOL networks are accommodated on a single board. A 3 terminal ceramic screw-down block is provided to connect the loudspeaker cable with one common connection and two separate branches for 75Ω (PB-400) or 150Ω (PB-800). A common LED indication is implemented to serve both circuits. PTC fuse restores after approximately 10 seconds to normal operation after tripping.

If any of the links above result in strange characters in your browser, please right-click the file to save it to your computer.